So a friend of mine called Andy Dan has sent me his new CD to have a listen to. 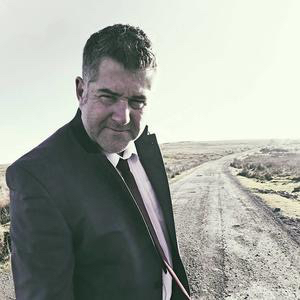 First up – Andy is a great guy with a lovely family and plays the ukulele. However he has a cool solid body uke with hexaphonic pickups and drives samples and midi cues from it.

This enables him to create some electronic soundscapes, EDM style stuff all from a uke. His previous album was very 80’s in it’s vibe and was good but this is a different type of project.

It’s called ‘The Eight Thousands’ and is a concept album that has soundcsapes, songs and voiceovers that cover the stories, people and places of the highest mountains on earth… the runtime is just short of 40mins but takes you on a journey.

I’ve listened to it a bunch of times, via headphones and also in my studio via the monitors in there. The production is top notch and for an electronic album has a real emotion to it that I like.

You can get a copy via his site – and he’s playing at GNUF this weekend so it’ll be cool to see him again. Loads of wires and stress setting up but a great sound (subject to subwoofer!) once it’s all running and a really unique sound and approach.

Uke playing multimedia producer and designer based in Sheffield. View all posts by Tim Smithies